How you choose a Boilie!

Top Posters In This Topic

Best not tell him it was Hutch that nearly ran him over..... Only joking Lee! 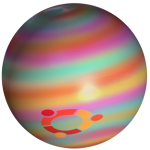 I make most of my own bait; but from your list, here's my take: Price - Would largely depend on circumstances Smell and Flavour - Not at all, imo completely irrelevant in any bait Reput

I have ended up on mine after trying it for a campaign on a tricky gravel pit, 2 months in and I had 4 fish, including the lake record, which still stands today. Had a wobble when he went france and I